A wonderful ice hockey game and the aftermath of surgery

It's four days post G-tube and we're still trying to figure out this new normal. There are definitely pluses to the feeding tube. We don't have to worry if Daniel is hydrated anymore and giving him meds is...easier in a way. While Dan has this all down, I am continually forgetting to clamp or unclamp or messing something up.

The negatives....it was hard enough before the surgery trying to determine if Daniel was being fussy, in pain, had a fever, or was having a new symptom. Now with the recovery from the G-tube, there is whole new category of things to add. Is it pain from the surgery? Is there an infection? Does he have air in his stomach from the tube?

Earlier today, Dan rushed down from upstairs because Daniel was screaming up a storm. He thought it was muscle spasms. Daniel was actually having a fit because I wouldn't let him play with the house phone. It's not easy figuring out what is going on with a two-year old.

In other medical developments, Frederick County Infants and Toddlers program evaluated Daniel today for speech. He is around 24 months for all the cognitive and speech categories. Since he is 34 months right now, it's almost 10 months behind the average. While that's not good for a child developing without complications, for a child with MLD, it's great. We are starting weekly speech therapy to maintain as many skills we have and to begin building new forms of communication for when his speech deteriorates further.

I won't go into the details of the hellish weekend spent in the hospital recovering from surgery. What I want to share is how much the ice hockey game with the Frederick Freeze and Jr Freeze picked us up. To say that we were not in good place Sunday morning was an understatement. We couldn't move or hold Daniel without him crying with pain. There was also an incident with the Hopkins pharmacy to get discharge meds...there may or may not have been a breakdown and tears.

At the game, he was enthralled. 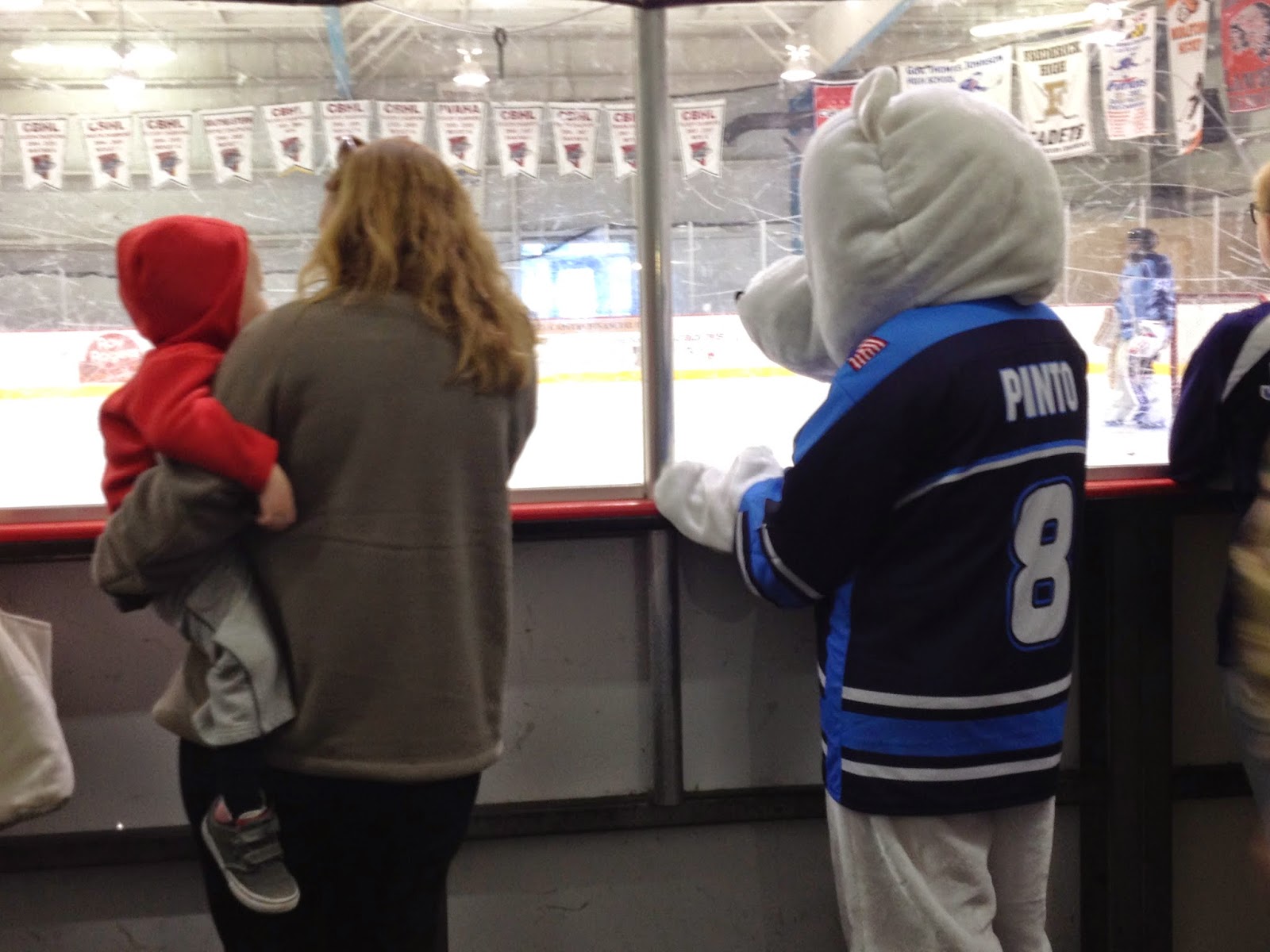 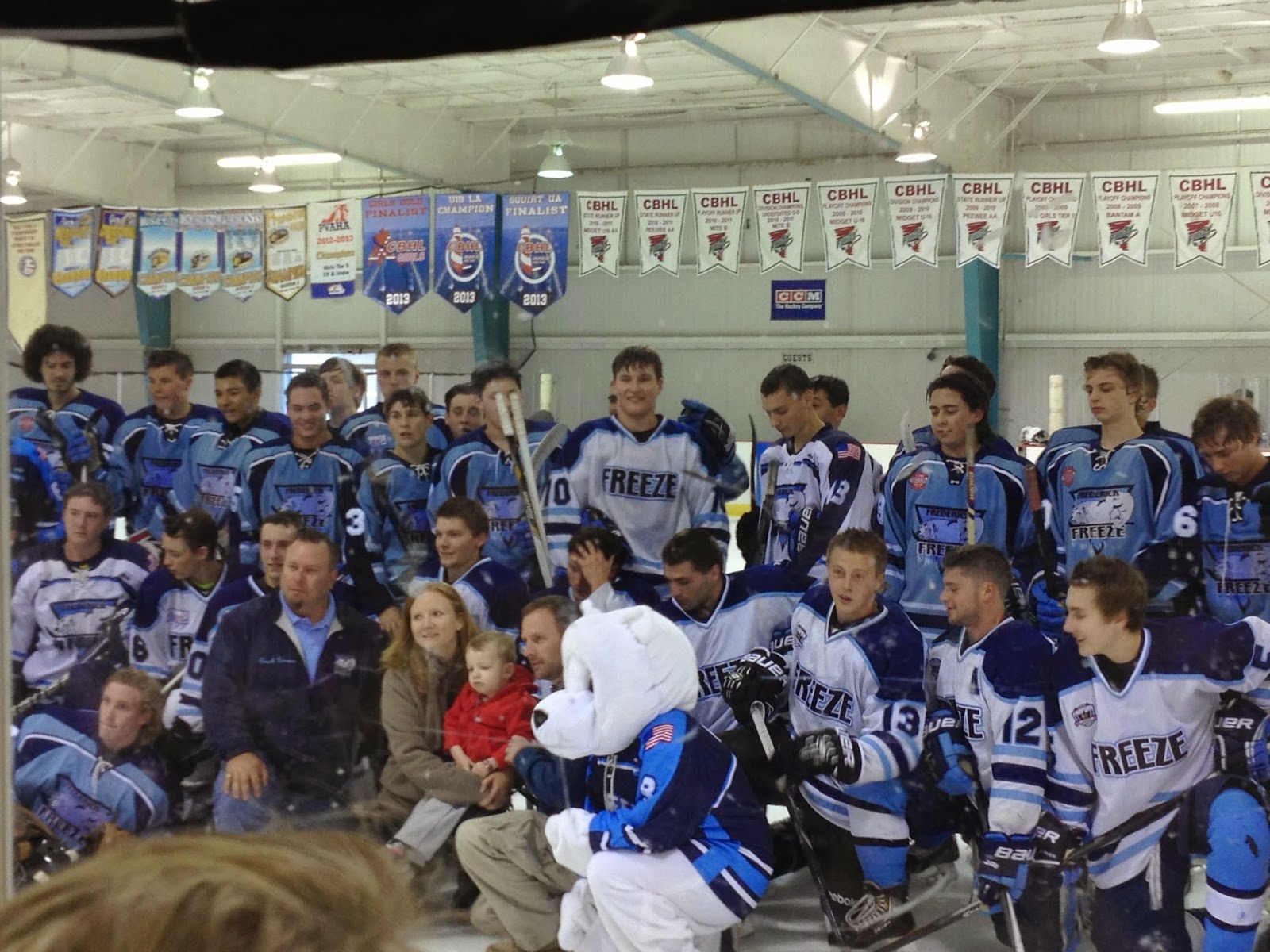 Afterwards, he didn't want to leave the BBQ and was all giggles playing hockey. It was awesome to see him laugh again. Everyone was amazing. Thank you! 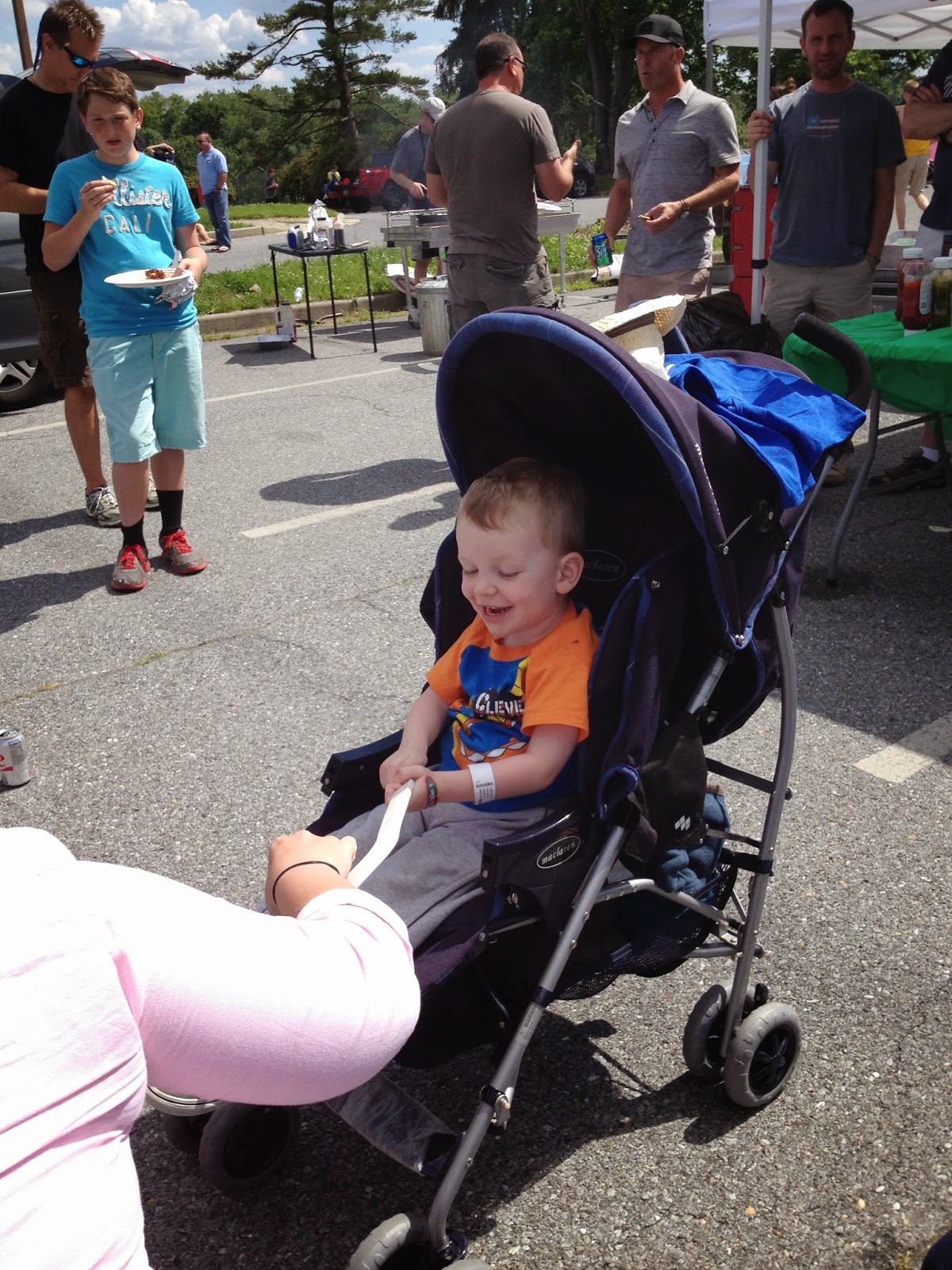